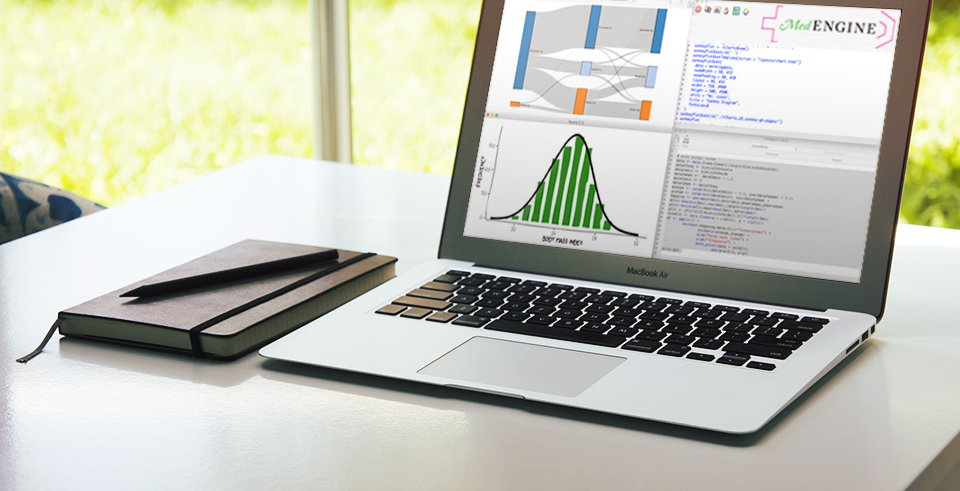 Real Uses for Data Visualization in Pharma and Health Communications

People have been utilizing data visualization ever since someone looked up at the stars and realized there was a distinct pattern to their arrangements and movements. In the hundreds of years since then, data visualization has become an absolutely essential part of both scientific and mass media.

In truth, any news article mentioning data but not displaying it in even the most basic way is making a huge mistake. People retain far more information if it is graphic-based than if it is just plain text. So if your company is not using data in its marketing, science, and internal communications, it is missing out on a huge opportunity.

Data visualization, however, is mutating all the time, and both skilled thinkers and laymen alike require much more visual stimulation than that of a traditional bar graph or pie chart. To pique interest, the visuals have to tread the line between recognizable and novel.

So what exactly is data visualization?

Data visualization is the merging of two traditions: graphic arts and scientific experimentation.

Because there are now platforms readily available online, just about anyone with access to data can create data visualizations. And thanks to numerous sources—such as the Internet of Things, social media, fitness trackers, web applications, health care system records, behavior tracking apps, etc.—data is everywhere, it’s available, and there’s a lot of it. (Whether much of that data has any real value is another matter.)

Why is it so popular right now?

Data visualization is a buzz-word and a topic of interest for a number of reasons:

Data visualization types at a glance

Here we’ll examine some of the key types of data visualization.

While this bar-graph style seems quite plain and basic, this visualization system is actually effective and memorable because of its literalness: the data is represented by the actual item, and so is the number. One could even remove the numbers and text and still have an effective data visualization. Users can create these graphs online in a matter of seconds. You can read more about it, and try it out, here.

This experimental data visualizationputs the art before the data. It also requires a bit of patience and close scrutiny in order to grasp both the key message and finer points. While it’s sure to attract attention, whether it’s effective is really dependent on the context and the audience (and it works better in a gallery setting, where it can be blown up and examined in person).

Geometric? Check. Minimalist? Close. Digestible? Not quite. This data visualizationis composed of a series of graphs, and it requires a reference key in order to understand what is being presented. It’s a risky idea, because you only have a few seconds to win the attention of the audience, and users’ patience is limited.

This is basically just beautiful chaos. The text is small, so it will hardly work online or with mobile devices. The art is the priority, and it requires interpretation and hard work on behalf of the user.

More beautiful chaos. While the aesthetic is admirable, the data (all the punches thrown in a single boxing match) is lost in the art.

The purpose of data visualization is not merely to present the data in artistic form, but to use art to bring new meaning to the data.

While it looks simplistic, this concept engages users by creating custom data visualization (with pictographs) of the data entered by users. Nicer graphics would elevate it to another category.

This, to me, is the pinnacle of data visualization. It’s attractive, but it’s hard-hitting and important. It’s constantly and automatically updated, as if it were a living thing, which grants it even more impact, since the topic is murder rates in Los Angeles.

Recently, while reading about the results of this year’s Boston Marathon, I came across a slide show of graphsrelated to finishing times. I was astonished by the old-school style and aesthetic.

I can easily think of ten or twenty ways this could have been made more engaging: with running shoes, with runners, with a map of the course broken down into equal portions, with sports nutrition, with a heart-rate-type chart.

Their readership, however, might not have appreciated such experimentation. There are advantages in traditional formats, since just about everyone knows how to read them, there are no visual tricks that need decoding, and they have withstood the test of time, which attests to their functionality.

Clearly there is some middle ground, and for awhile we’ll see a back-and-forth dynamic among the various aesthetics of data used by media.

At MedEngine we ask ourselves, “What stories do our clients need to tell with their data?”

But that’s just the beginning. We’re quickly finding that there are many more opportunities, and over the next year we’ll be presenting some snapshots of the projects we’re working on now. So stay tuned.